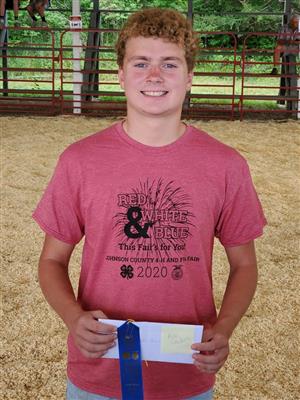 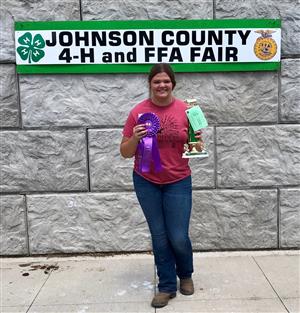 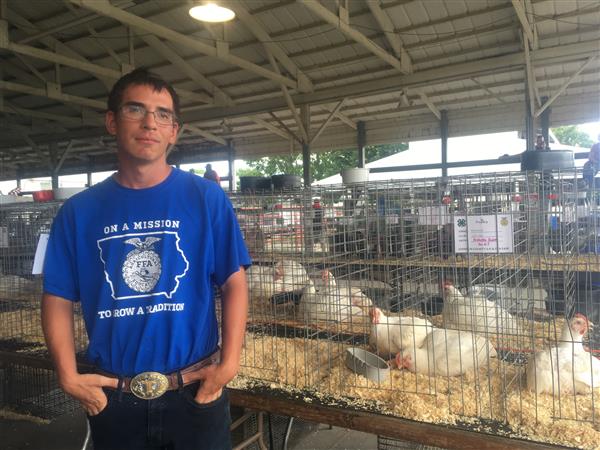 Several Clear Creek Amana FFA members participated in the Johnson County fair. Although the fair was canceled this year and closed to the public, Johnson County still provided an opportunity for 4-H and FFA members and their families to exhibit their projects.

Kayla Jiras and Lillie Haman both participated in the photography division at the county fair. The students brought their photos in for judging on Monday July 20 and picked them up on Thursday July 23. Kayla and Lillie earned blue ribbons for each of their photography exhibits.

The livestock species also had an opportunity to exhibit during the Johnson County Fair. Clear Creek Amana had students showing cattle, sheep, hogs and chickens. Wes Quilan and Lillie Haman both exhibited animals in the Advanced Feeder Pen. Youth will nominate/weigh 3 head at the January weigh-in. Records will be maintained and sent to the Extension Office on a monthly basis by 15th of the following month. Extension Office provides the record book template and feed pricing. Market beef nominated for advanced feeder classes are fed by the exhibitor and the animals rate of gain and caracas confirmation is what the judge is looking at during the judging process. Lillie Haman had the Grand Champion Advanced Feeder Pen and Wes Quinlan received a purple.

Grant Haman showed his registered breeding heifer in the Angus division. He earned a blue ribbon and will be exhibiting her at the Iowa State Fair in the FFA Breeding Beef division. Katie Anderson showed both sheep and swine at the Johnson County Fair. In the sheep division she had a white face breeding ewe and a white face market lamb, she earned blue ribbons with both of her sheep. In the swine show she had market and breeding swine and earned blue ribbons in both divisions. Joe Tonelli from the Clear Creek Amana FFA chapter exhibited broiler chickens for the very first time. He learned alot about raising chickens and said that he would like to show again next year. Congratulations to all Clear Creek Amana FFA members on a great County Fair.